Most of the children in Rwanda are malnourished.

Children represent a large percentage of the Rwandan population. The very young population is one consequence of the horrific genocide that occurred in Rwanda in April 1994, where over a million Rwandans were killed in only about 4 weeks. The negative repercussions of the massacre, along with current issues, continue to affect the lives of Rwanda’s children in various ways.

About 83% of the Rwandan population lives in the rural areas. But the government’s neglect of rural infrastructure has left the bulk of this country’s population in poverty. Despite major improvements in the last couple of decades, more than 67% of Rwandans continue to live below the poverty line. Food deprivation affects a good number of Rwandan children with serious consequences to their health.

In 2018, even though Rwanda’s community-based health insurance cover 90% of medical bills, not everyone can afford it or have access to it. Health care expenses can be prohibitive for many of the widows and children. A wide range of diseases and illnesses contribute to this unfortunate situation (malaria, tuberculosis, diarrhea, typhoid fever), as does a lack of qualified professionals.

The Rwandan government currently spends between 6% and 11% of its GDP on health expenditures. But for the poor families, a number of seemingly insurmountable barriers hinder them from accessing the healthcare they desperately need. 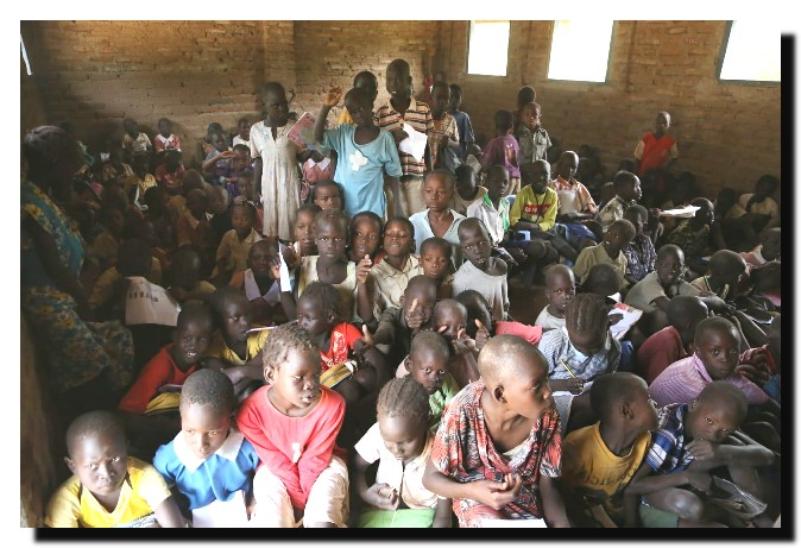 SOCOODEIFE health care program breaks those barriers and minimize any out-to-pocket health expenditures for patients. Social community workers of SOCOODEIFE evaluate patients that have been referred to higher level hospitals in order to assess their needs. In emergency cases, the evaluation is skipped and the patient becomes automatically eligible for aid. SOCOODEIFE does all of the following:

In the four years of implementing this program, SOCOODEIFE has helped 4,600 patients requiring hospitalization and assisted more than 13,000 outpatients. SOCOODEIFE has supported 24 patients’ travel internationally to receive the medical care when the services they needed could not be found in the country.

Only a third of women (widows) and children in Rwanda have access to clean drinking water sources.

SOCOODEIFE’s services has allowed 67% of women, widows and children to have access to clean water as well as access to improved sanitation facilities.

In Rwanda, primary education and lower secondary education is free and mostly mandatory (through grade 9). Despite high primary enrollment rates, the school system suffers from the many problems. Barriers to education remain which includes the cost of uniform, the cost of school supplies, and unofficial school fees. There is only one teacher per 73 primary students. And only 12% of males and 21.8% of females attend secondary school. 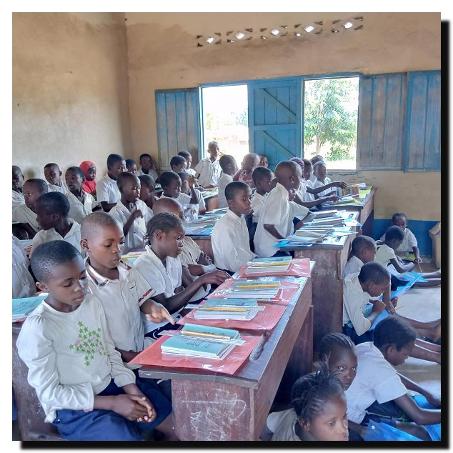 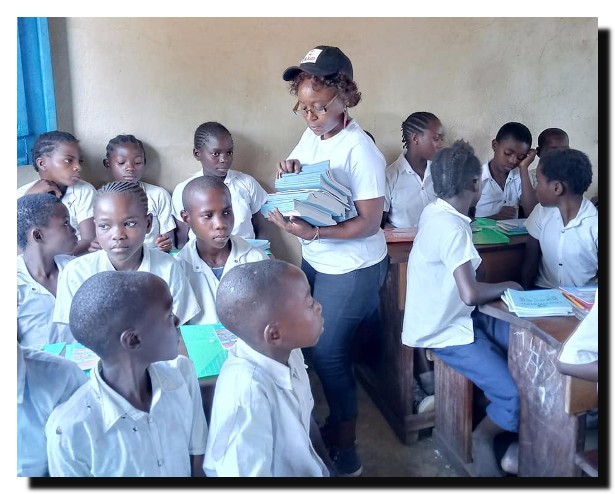 SOCOODEIFE has helped to pull down some of these barriers by shouldering cost of school supplies and school fees for some of the children whose families have otherwise no means of obtaining these school necessities.

While there is no statistical data on female genitalia mutilation/cutting, it is believed that this practice does take place in the nation. While children in poor families are often likely to suffer child abuse, an even more marginalized group are at greater threat. These are the children with disabilities. They suffer neglect, physical abuse and often receive only limited specialized care. Children with disabilities traditionally have faced discrimination, being excluded from school and community life. Such children are often hidden at home, as they are considered an embarrassment for their family, and more often, deprived of education.

SOCOODEIFE exerted efforts to end violence against children, young people and women (widows). Rwanda has ratified the UN Convention on the rights of the child and the African charter on the rights and welfare of the child, which forbid violence towards children.  SOCOODEIFE fully supports the pursuit of these rights.

Many of the very poor Rwandan children end up in the streets and fall prey to all sorts of human exploitation, including sexual exploitation. Under Rwandan law, all citizens are guaranteed equal treatment and some protection against discrimination. However, ethnic tensions persist in many areas and the victims and their children usually are not integrated in the social and economic society of Rwanda. They frequently lack access to health care and education, and often end up in the streets. 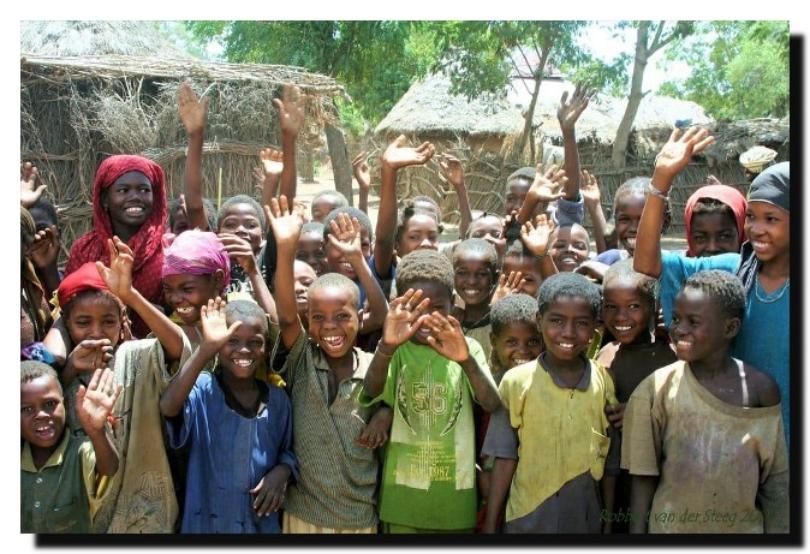 SOCOODEIFE embarked on a mission to take hundreds of children off the streets and bring them back to their families. SOCOODEIFE will open a center to provide them with nourishing food and a decent shelter. They will also be provided with counseling from a psychologist to help them recover from the trauma they saw on the street. The organization will also provide the families with some resources to provide for their children. With economic aid and sound family counsel, these families will be better prepared to care for their children.

Although Rwanda has cut in half child labor since 2000, there are still children of families in dire financial situations who are forced to take on jobs beyond their capability. And they often suffer exploitation in the form of under payment as well as long working hours. Some may be subject to physical abuse and even worse, sexual abuse.

SOCOODEIFE advocates for children’s right and takes a firm stand against child exploitation. SOCOODEIFE workers are working hard to foster these vulnerable children and take measures to heal the damage caused by discrimination, mistreatment and abuses they have gone through while under an exploitative employment.

Although Rwandan children have played a role in armed conflicts in the past, the Rwandan government has more recently prohibited the recruitment of children into the military. Despite that, there is still underground recruitment going on. Rebel groups continue to recruit both refugee and Rwandan children into non-state military. Rwandan child soldiers are found among armed groups fighting in other conflict-riddled African countries.  These children are often reverted back to the community as adults who are penniless, had no education and no skills to earn a living. 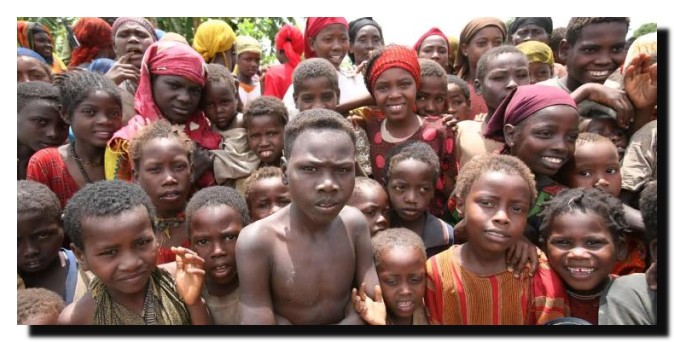 SOCOODEIFE has done campaigns to prevent this recruitment of children. Furthermore, the organization has helped children who have experienced the horrors of wars to integrate back into society through counselling. SOCOODEIFE supports the Rwandan government in facilitating rehabilitation services and psychological therapy to these children who come back from the wars.

Rwanda is among those countries in Africa known for its women and children falling victims to sex traffickers and forced child labor.

Rwandan law condemns child prostitution, slavery and abduction. The government recently passed and implemented a national-trafficking action plan. It was reported that the number of Rwandans subjected to trafficking decreased in 2018.

SOCOODEIFE came in to investigate and exerted efforts to have child traffickers found guilty and convicted for this heinous crime. SOCOODEIFE will be providing free counselling, provide legal services and implement awareness programs. SOCOODEIFE is strongly and continually campaigning to eliminate these traffickers from Rwanda.

Rwandan law requires that all births be registered with the government within one month of birth. Following the genocide, birth certificate now can not mention the child’s ethnicity, in order to avoid adding to the tensions that continue to exist between various ethnic’s groups.

A great number of children do are not registered at birth. This is especially the case with those born from unmarried women or single parents who do not report the births of children to authorities because of fear of stigmatization.