Somalia is one of the poorest countries on this planet.

Somalia is one of the top five countries in the world with highest child mortality rate under 5. Mortality is around 100 infant deaths per 1,000 live births and life expectancy rate is 53 years old. Not only does the country have a terribly high mortality rate, Somalian women also have limited access to maternal health resources and education. Almost a third of new-born babies suffer from alarmingly low birth weight.

Poverty in Somalia is rooted in civil conflict and limited resources, natural disasters and lack of an active central government. The drought and extreme weather conditions, coupled with political unrest that has ravaged the country for over two decades, has made Somalia one of the poorest and most difficult countries to survive in. More than half of the population lives in poverty. Historically, food security in the country has been an ongoing issue due to limited rainfall and recurring occurrence of extreme drought.

With around 60% of the Somalia living below the poverty line (making less than 2 dollars per day (2019), Somalia is considered one of the poorest countries on this planet.

At least 40% of children suffer from malnutrition in Somalia. A staggering 33% of the children eat only once a day. The two-year drought that ended in 2017 has returned with vengeance in 2019 threatening over two million Somalians with hunger. Malnourished children have stunted growth making them a lot more vulnerable to infectious diseases. 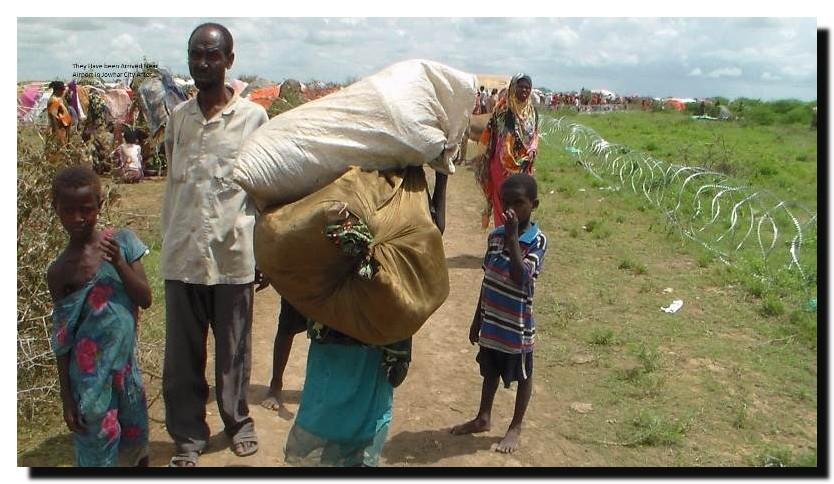 Only around half of the country’s population has access to clean drinking water and this number is significantly lower in rural areas. Many children spend most of their day looking for water and then carrying the heavy load several kilometers home. Unclean water can lead to severe and life-threatening health issues such as cholera and severe diarrhea due to ingestion of unclean water. Many children also die each year from sheer dehydration. Somalia is a particularly arid and hot country. It has experienced drought too often that water shortage has become the norm for most of its population.

SOCOODEIFE has contributed financial aid to provide clean water to the children and widows in Somalia.

Only 23% of the Somalians have access to improved sanitation facilities. This lack of hygienic access leaves the population prone to infections including Hepatitis A, E, and other diseases as well. The infant’s mortality rates are especially high in Somalia, with an average of 100 deaths for every thousand births. Somalia children typically die from dehydration and illness like diarrhea, malaria and pneumonia (or other respiratory infections). Cholera epidemics occur every year. These are few hospitals in Somalia and most of them lack equipment and in short supply of adequately trained stained medical staff.

SOCOODEIFE has initiated measures to allow those many of those affected to have access to potable water as well as improved nutrition. It has also engaged in drives to improve the population’s hygiene practices. SOCOODEIFE has facilitated massive vaccination campaigns in many communities as well as educating the mothers on how to take care of themselves and the children.

In Somalia 70 per cent of children are out of school. (2018) Only one out of four adults know how to read and write. Many schools have been destroyed since the civil war in 1991 and the post war reconstruction of educational institutions have been slow, if at all. Most schools are now located in the cities. This becomes a real challenge for many students who live in the countryside. When school is inaccessible, kids do not get the opportunity to go. Additionally, most families don’t have the means to pay for school costs. For girls, the chances of getting an education are even smaller. It is estimated that only a third of all the students in school are girls. Many girls leave school when they get their first period or when they marry, which often happens before the age of 15.

SOCOODEIFE is trying to educate girls about the importance of being educated. As it has done in other poor African countries, the organization has provided school aid in the form of school supplies, shoes, uniforms and school fees to deserving recipients, which are usually the poorest of the poor.

Somalia has the highest concentration of females in Africa who have been subjected to infibulation, a type of female genital mutilation where the genital is sewn shut allowing only a small hole for urination and menstrual flow. More than 90% of young Somali girls are subjected to this painful and forced surgery and often under unhygienic conditions. This procedure often takes place without anaesthesia and using non-sterilized knife or razor.  It is often administered by a non-health practitioner. Immediate complications include severe pain, shock, hemorrhage, tetanus or infection, urine retention, ulceration of the genital region and injury to adjacent tissue, wound infection, urinary infection, fever, and septicemia. About one out of ten girls die as a result of blood loss or infections caused by this operation. Girls between 4-14 undergo this painfully traumatic surgery without much choice.

Another form child abuse is the forced recruitment of boys into the army and abduction of girls who are then turned into sex slaves in the hands of armed troupes. 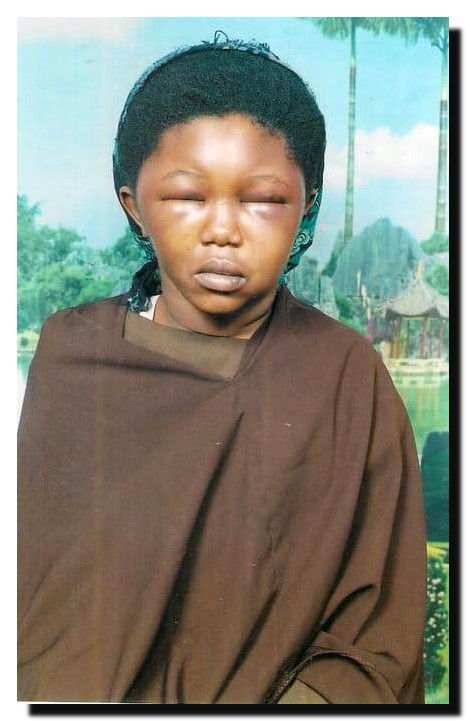 Half of the children in Somalia are forced to work in order to provide for themselves and their families. They engage in various jobs including jobs that are too dangerous for them. Somalia has already approved a National Development Plan in 2017 that aims to prevent and eliminate child labor. The country has also ratified some key international conventions concerning child labor. But implementation is still to see significant results. While the government had instituted policies governing child labor, they are not routinely imposed. The government does not have a labor inspectorate for the enforcement of laws and regulations related to child labor. Children work in dangerous jobs in construction including crushing stones, mining and quarrying. They become subject to forced labor in domestic work, agriculture, herding livestock, breaking rocks, begging, and construction work.

SOCOODEIFE understands that often, a child becomes subject to child labor because of lack of education and extreme poverty. So the organization helps educate children on how to become self-reliant. SOCOODEIFE  offers them job opportunities appropriate to their age where possible.

The protracted engagement in conflict between the Somali government and various insurgent groups has affected the children in the most adverse way, that of being recruited into the army. Both the National Army and the insurgents have historically recruited and used children in armed conflicts. Some of these children are as young as nine years old. Both parties have exploited the children’s malleability to train them to engage in war without fear. While the government has more recently repudiated that practice, some leading non-state militia groups perpetuate this recruitment and have transformed schools into recruitment centers and forced teachers to turn their students into soldiers. Former child soldiers have difficulty finding a job. Traumatized, and lacking skills or education they are unable to fit in society very well. Worse, if they have been rendered handicapped due to injuries sustained during warfare, their future looks grim, indeed. 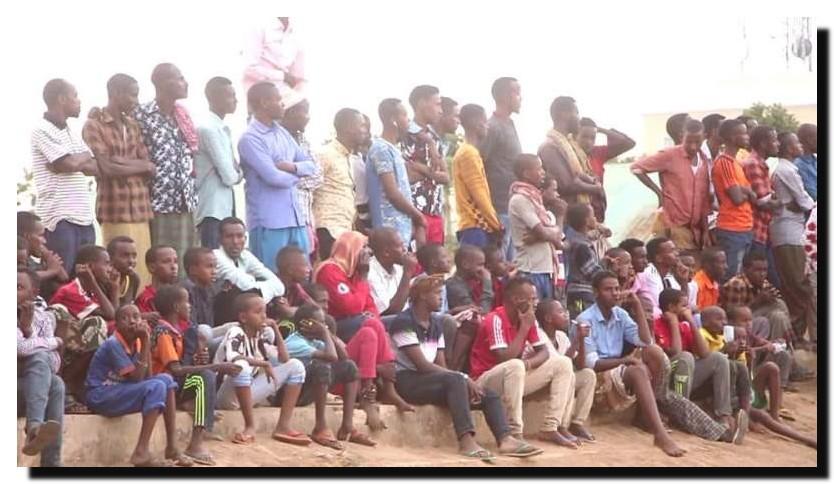 SOCOODEIFE provides the child survivors of war with needed psychological and emotional  counselling so that the can develop a normal personality able to interact in a peaceful manner. They are also offered skills training so that they can find work and earn a living.

To avoid forcible recruitment into the army, many children have fled the conflict areas. Some may have moved to another part of the country but many have sought asylum in neighboring countries. They ended up in overcrowded refugee camps. The camps are in poor conditions, lacking adequate food to feed the influx of refugees, lacking sanitation and rife with all sorts of health hazards. They rely mainly on government or foreign aid. 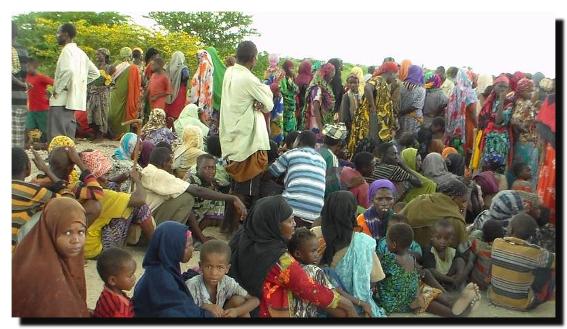 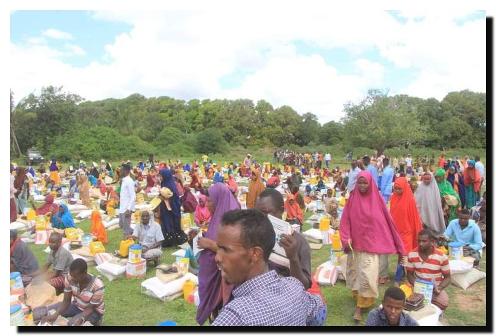 SOCOODEIFE seek out these children and provide them an alternative living arrangement where possible either back to their villages, if conditions have improved there in their home country or relocate them to another refugee camps with better conditions. The organization tries its best to provide a “home” for these children where they can feel safe and away from the threat of being forced into warfare by some armed groups.

Arranged marriages are very common in Somalia. Family still cling to this tradition in this day and age. Girls especially are vulnerable. They are married off without much choice in the matter between the ages of 14 to 16. Some girls run way from their families to escape this situation. But running away also makes them vulnerable to all sorts of threats, like workplace exploitation or sex exploitation.

SOCOODEIFE helps by helping these innocent young girls to go to school. They are also educated on how they can become responsible adults able to provide for themselves and eventually, if they marry, being able to defend their rights as a woman in a society that is geared toward oppression of women.